his story originally appeared at Do You Remember by Jane Kenney.

One woman, who is also a wedding photographer, set up a special photoshoot for her grandparents’ 60th wedding anniversary.
She has everything set up perfectly for her grandmother; makeup, flowers, wedding dress, and all!
See all the photos here.

One woman has just won the granddaughter of the year! She surprised her own grandparents with a 60-year anniversary photoshoot, due to the fact she is a professional wedding photographer! Abigail Lydick, who is 26, knew she wanted to do something special for her grandparents’ wedding anniversary.

George and Ginger Brown were traveling from South Carolina to be with their family in New Jersey. That’s when Abigail told them she wanted to dress them up and take them out to celebrate their day! She had actually planned a gorgeous, wedding-style photoshoot for the couple. It was complete with flowers, makeup, and even a wedding gown!

Abigail’s grandmother is the star of the show

The grandparents said they were initially really excited about it, but also nervous. “My grandmother was really nervous at first,” Abigal says. “Just having a professional photoshoot in the first place, which they’ve never had.”“It was just fun to be able to surprise them and spend time with them…My grandma had never even had professional hair and makeup done before, so that was another totally new, fun experience for her as well.” 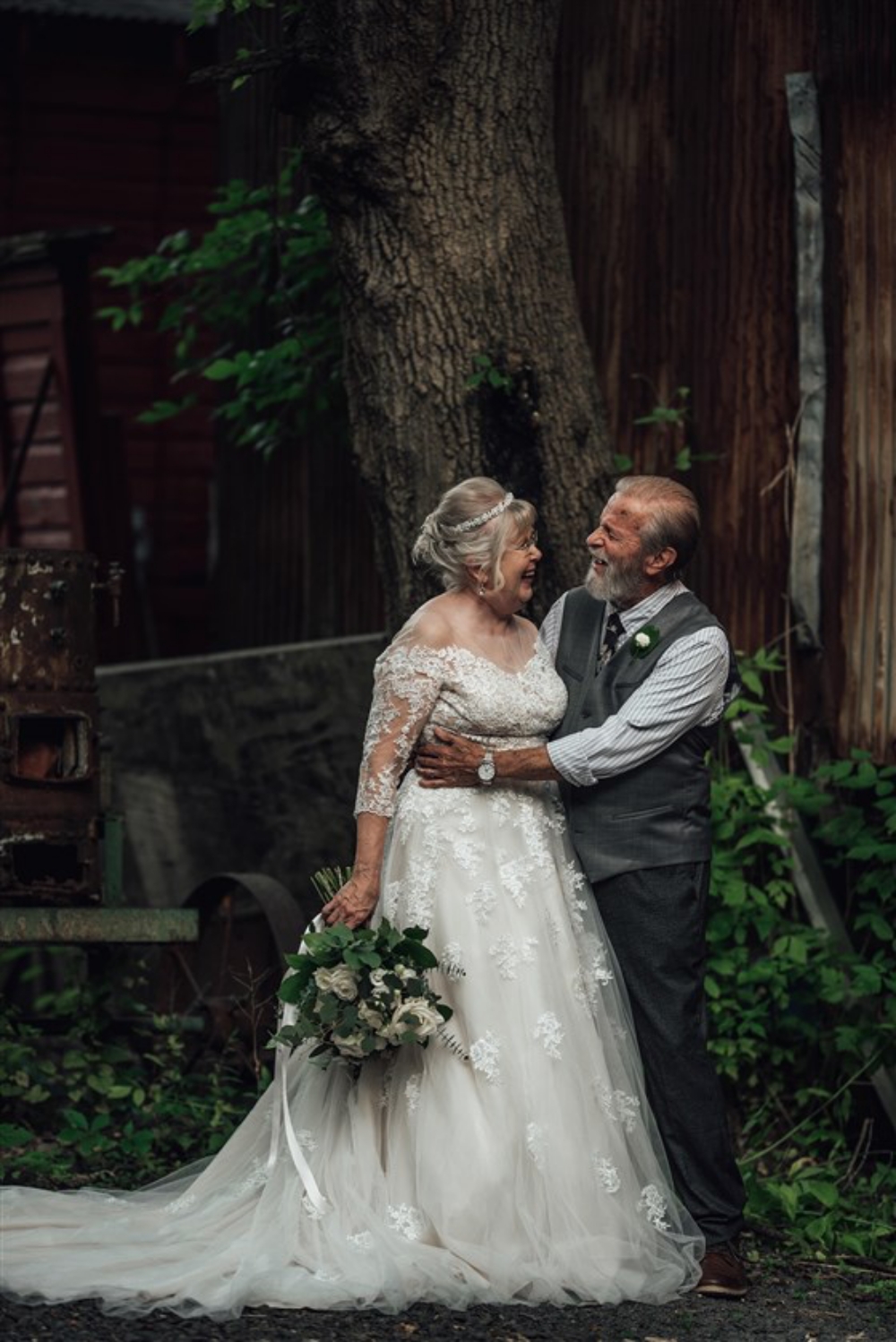 Abigail made sure to work with friends in the wedding industry to make sure everything was done perfectly. Florist Angela D’Andrea donated the flowers. A local makeup artist by the name of Christine Swope was available for hair/makeup services. “I knew that (Christine) would make my grandma just feel really, really pretty and really comfortable and let her relax before the shoot,” Abigail says.

Open Next Page for Full Recipe